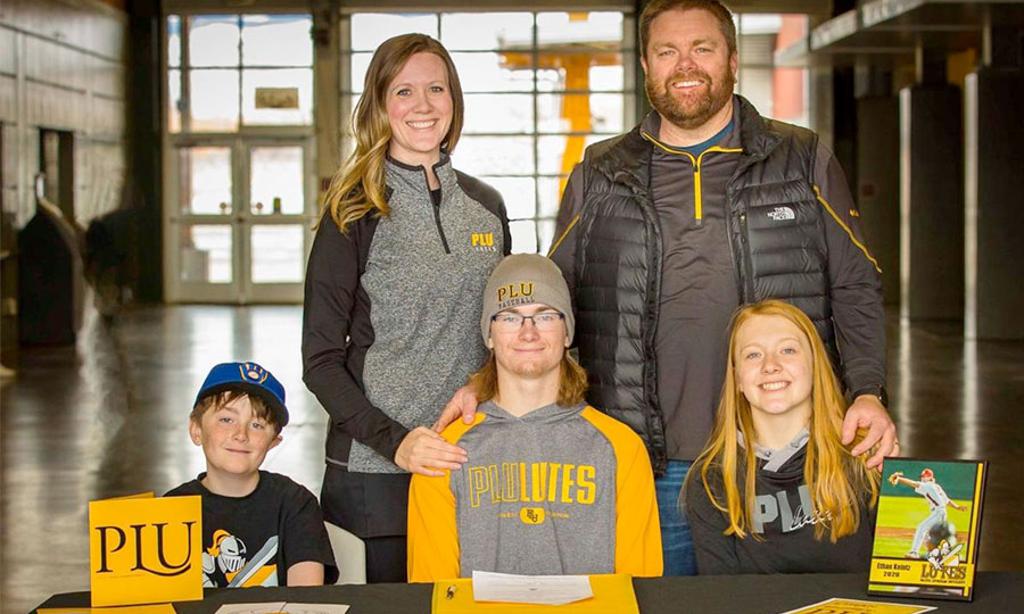 “Ethan is a competitor on the diamond, he has a will to win on and off the field,” Senators’ coach Jon Burnett said of Keintz, who was selected a 2019 Class AA All-Conference pitcher. “He approaches practices and workouts with the same intensity and worked hard to get to where he is today.

“More importantly, Ethan is a great teammate and outstanding young man, always the first one out of the dugout to congratulate his teammates.”

Keintz was the Senators’ second-leading hitter last summer, with a .348 batting average, while pacing the team with 28 runs batted in and a .477 on base percentage, and tying for No. 1 at three triples and 10 stolen bases. He also ranked fourth with a .435 slugging percentage and27 runs.

During the 2019 Arizona Senior Fall Classic in October, the Pacific Luthern Lutes coaches scouted Keintz’s play and started recruiting him. He later visited PLU before committing to the school.

Keintz, a Capital High senior, sports a perfect 4.0 GPA in the classroom, and was recently named a PLU President's Scholar. Ethan is the son of Johnny (a former Senators’ player) and Nicole Keintz.