HELENA — With fireworks popping all around Kindrick Legion Field in the night sky on a mild Fourth of July, the on-field play of Sunday’s nightcap erupted with the same intensity as the fireworks exploding overhead.

In the final pool play game of the Keith Sell Tournament, the Helena Senators and Yakima Beetles took the field as the sun was setting. Two innings in, it looked as if Yakima would run away with the contest, having built a 7-0 advantage. One pivotal play in the third inning, however, changed the course of the night’s proceedings and aided in Helena’s 13-7 win.

With two outs in the top of the third, runner and ball came together at the plate, resulting in a collision between Senators catcher Gavin Thennis and a Beetle base-runner.

“It’s one of those plays where the ball and runner come at a pinch point and it’s a split-second decision on the runner with what happens,” Senators head coach Jon Burnett said. “Maybe didn’t quite get down enough and ran into our catcher. You hate to see stuff like that, but it was a fire for our team. It really sparked us and ignited us. I don’t think there were any ill intentions, it’s just one of those bang-bang things that happens.”

Thennis held onto the baseball, keeping the runner from scoring, but when the Yakima player stepped to his feet and the two came together, a punch was thrown and both dugouts emptied.

“[He] made a beautiful throw from the outfield, right on the money, hit me in the chest,” Thennis said of the play. “I saw the kid lower his shoulder, so I kinda knew I had to be strong with my legs. He hit me, fell down, got back up and swung. I think that’s what lit a fire under us. After that, everyone was hitting, everyone was doing their job and everyone was contributing.” 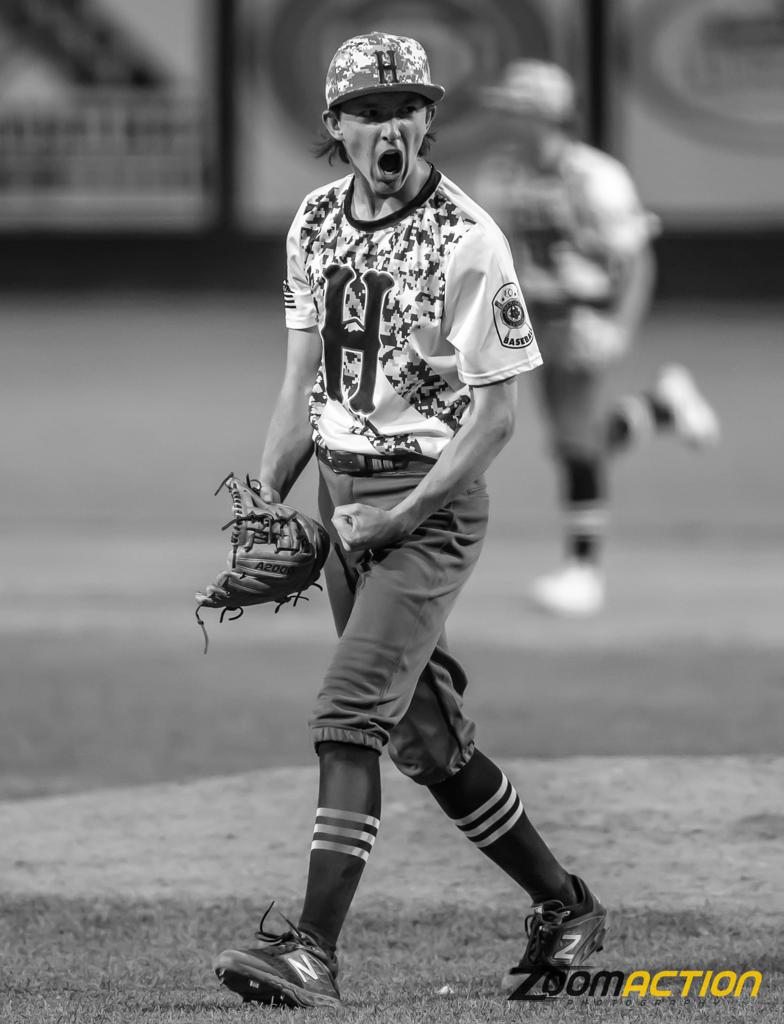 Mike Hurlbert celebrates after striking out a Yakima Beetle to end the inning. Photo by Jason Brent