HELENA — For the second time in three years, the Helena Senators are Keith Sell Tournament Champions. A 12-1 win over the Glacier Twins on Monday afternoon sealed that fact, putting a cherry on top of a 5-0 tournament record for the Senators. 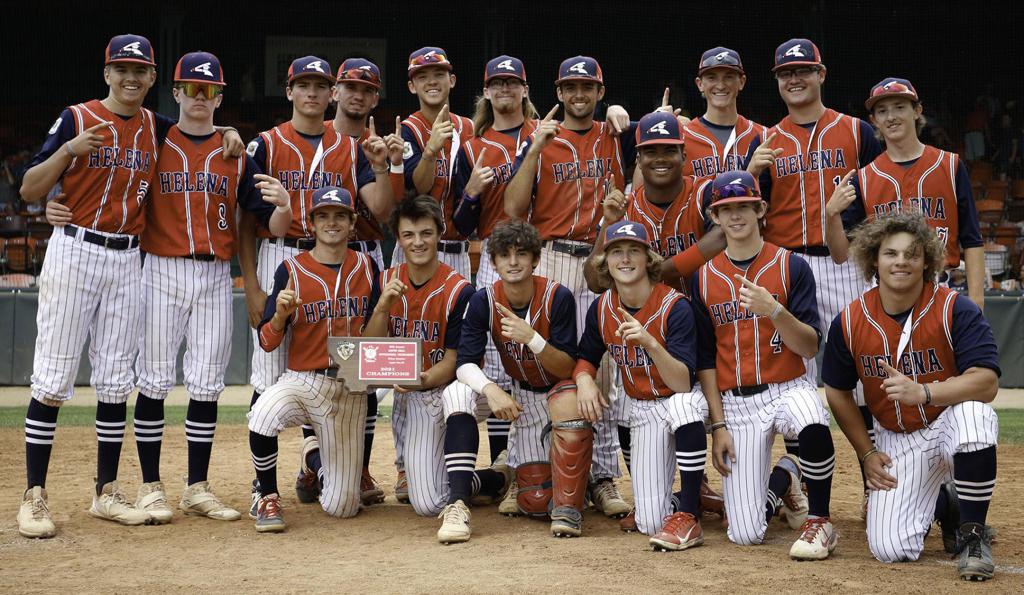 The Helena Senators poise with their trophy after winning the Keith Sell Tournament on Monday. Gary Marshall/BMGphotos.com

Helena sent eight batters to the plate in the first inning, scoring four times. With their offensive showcase carrying over from Sunday night’s win, Helena needed just five innings to run-rule Glacier and take the trophy.

“I’ve been saying all year that we’re a team that can really swing it,” Jon Burnett said. “We’ve just mainly been doing it in BP and not in the games. Whatever that spark was, hopefully we can keep that rolling, because we came out ready to hit today. Played all aspects of the game and showed out on the field.”

Three of the four tournament awards were claimed by Senators, including overall MVP. Tyler Tenney took home that honor after a 6-for-7 effort at the plate with eight RBI and an OPS north of 2.000.

Tenney also tossed a seven-inning complete game on the mound Friday against Great Falls, allowing just six hits and two earned runs. The accolade, and the Senators’ win, sent a throng of kids Tenney’s way after the game asking for autographed baseballs.

“It always feels great when a little kid comes up to you after a game asking you to sign a baseball,” Tenney said.