GILLETTE, Wyo. — A four-month journey from Opening Day to the Championship Game of the Northwest Regional Tournament came to an end for the Helena Senators with a 9-3 loss to Idaho Falls on Sunday.

While the Senators fell short of making it to the Legion World Series, they finished their season with 54 wins, a Montana Class AA State Championship and a regional runner-up trophy.

“Heck of a run,” Senators head coach Jon Burnett said. “Great team, bunch of fighters, wouldn’t have it any other way. Those guys were just warriors all year with their backs against the wall. Just lots of heart and dedication to the program.”

Helena played all but one regional game in win-or-go-home mode, and pulled out three-straight elimination game victories to keep hopes alive. A team brimming with experience and leadership, the Senators found ways time and time again to progress into championship Sunday.

“Great group of young men,” Burnett said. “They’re going to be successful, not only as they continue their baseball careers, but as they move forward in life. Great group of leaders, no quit in them, extremely proud of them.”

Helena honored 12 seniors — including three super seniors — at its last game at Kindrick Legion Field earlier this season. For many of them, Sunday represented their final game as a Senator.

“It’s tough,” Ethan Keintz said. “This is it for me with legion. I’m just proud of the team I got to be a part of and how far we were able to make it. We all hoped we would win a state title this year, but to make it to the championship game at regionals is pretty special.”

Keintz tripled in his final at-bat to wrap up a tournament in which he hit .312 with two RBI and two doubles.

“It’s meant a whole heck of a lot,” Keintz said of his time playing legion baseball. “It’s really helped me become the person I am, the player I am. I definitely wouldn’t be the same me without it. I’m really thankful for everything I’ve gotten from legion.”

Mike Hurlbert was credited with Helena’s lone RBI on Sunday as the Senators managed just five hits. Hunter Bratcher was solid in relief of Victor Scott, tossing 3.1 innings of one-run baseball while striking out two batters.

While the loss stings, Helena reset postseason droughts with nearly every win. The Senators’ state championship was the program’s first since 2003, and their initial regional victory was the team’s first in 20 years.

Through it all, fans and parents showed up to support their team during what was one of the most successful seasons in Helena Senators program history.

“Just the support we had from the community reaching out and following these guys, it’s something I’ve never seen before,” Burnett said. “Baseball is strong in Helena. We’ll be back in this in no time. We’ve got a talented group of young players all the way through [the program], so we’re excited about the future of baseball in Helena.”

Read the whole story at 406mtsports.com 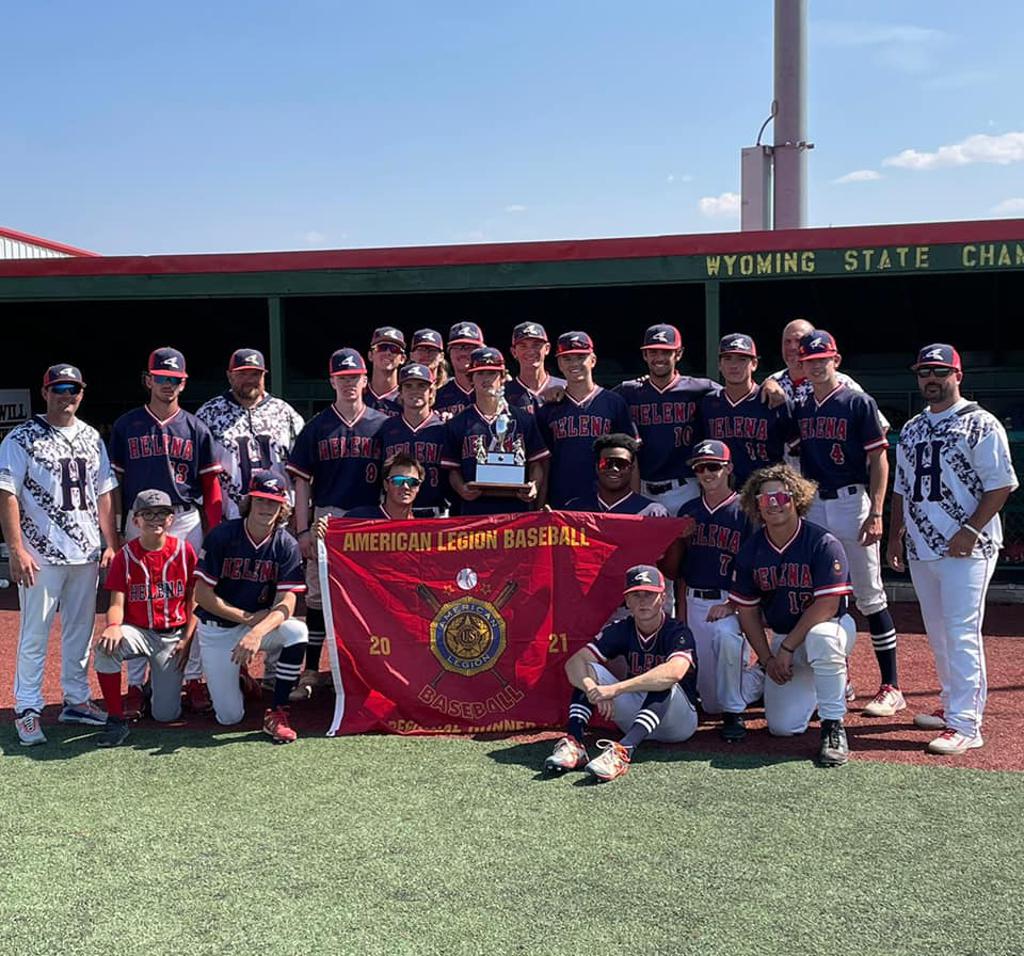 The Senators came within one game to making it to the Legion World Series, finishing their season with 54 wins, a Montana Class AA State Championship and a regional runner-up trophy.