HELENA — The life of Jim Knight, a longtime Helena umpire who passed away last August after a battle with cancer, was honored Thursday night at Kindrick Legion Field with special uniforms and the presentation of the first-ever Jim Knight Memorial Award.

Players wore the gray and light blue uniforms with a different uplifting word on the back nameplate. Each player’s jersey featured a different word, either “courage”, “strength”, “integrity” or “inspiration.”

“In memory of Jim Knight” was also written inside an outline of the state of Montana on the upper-left chest of each jersey.

The light blue bar across the front of the uniform had “Post 2” written in a darker blue or black and featured the cancer ribbon in the background.

The Helena Senators won the non-conference contest, downing the Great Falls Chargers 21-7. All $504 of the gate proceeds were donated to Big Brothers and Big Sisters of Helena in honor of Jim.

It was the Senators’ 18th-straight victory and 39th of the season.

Tyler Tenney, Helena’s super-senior shortstop and pitcher, was presented with the Jim Knight award pre-game, an honor bestowed on the Senators player who “best demonstrates integrity, sportsmanship, character and Jim's passion for the game of baseball.” 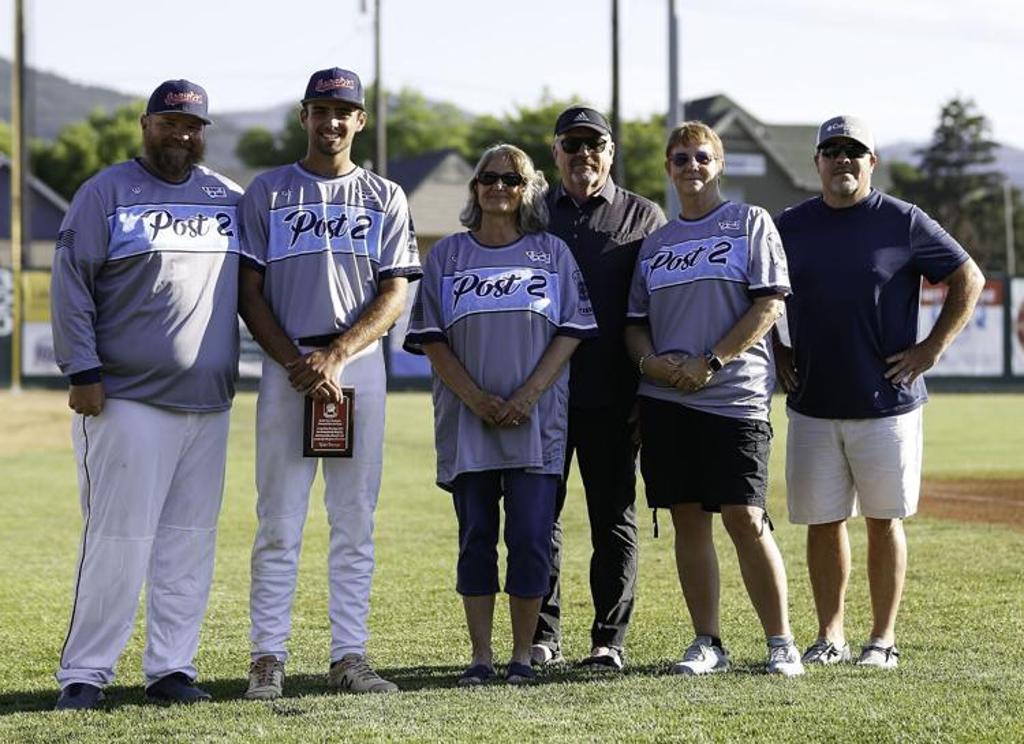 Helena Senators' Tyler Tenney was presented with the first-ever Jim Knight Memorial Award on Thursday night. He finished the game 2-for-2 with a home run and four RBI. Gary Marshall, BMGphotos.com