Reps coming to an end of successful season

While the Helena Senators have been hovering around .500 all season headed into the state tournament next weekend, the lower levels of the American Legion baseball program have flourished. 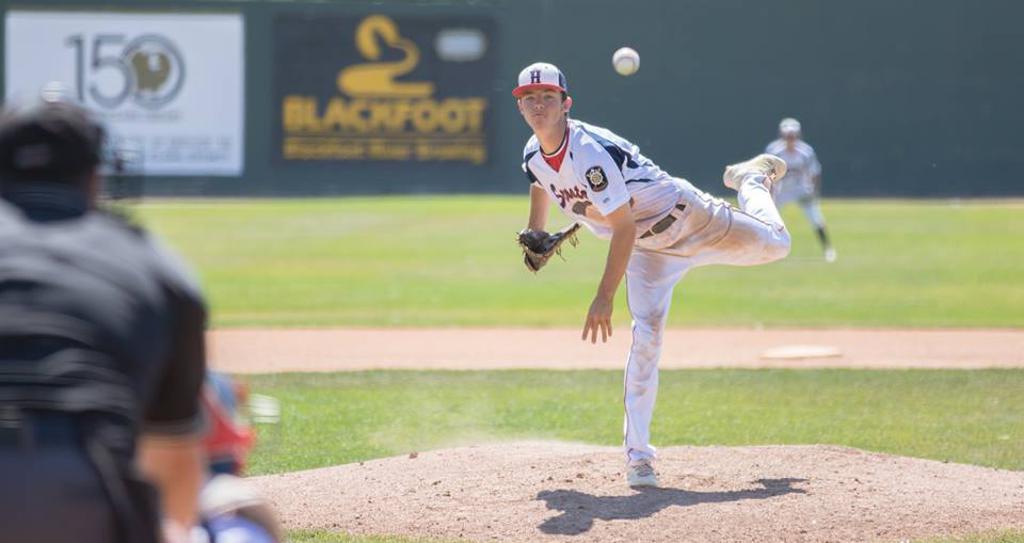 That has Class AA Senators coach Jon Burnett excited about the future when the seasoned Reps join the younger players on the Senators in 2019.

The Class A Reps wrapped up the conference season last weekend with a 14-6 record and head into a season-ending nonconference doubleheader at Livingston today at 35-17 overall.

Then the Reps host the Class A South District tournament Thursday-Sunday at Kindrick Legion Field. They will be the third or fourth seed, depending on how the Bozeman Bucks wrap up their season.

The Reps hope to finish in the top two in the eight-team district tournament and advance to the state tournament the following weekend in Miles City.

“I’m definitely pleased with how their season has been going,” Burnett said. “They have some good young talented; talent we are looking forward to helping us in the future.”

The Reps have gone on stretches of success with win streaks of seven and six wins, but also endured a five-game losing streak.

Reps coach Dane Broadhead enjoyed the season and how the players developed. He feels they are playing their best baseball at the end of the season.

“We knew going into the year we had a group of good kids,” Broadhead said. “We had our ups and downs and I’m happy with where we are at. These guys have come a long way. We try out in April, and the first few practices are rough. You are trying to figure out where they play.”

Several players will be ready to contribute to the Senators next season, Broadhead said. Burnett is especially looking at the pitching.

The Senators lose several key senior arms next season. He’s developed some returners, but the depth of competition should help all of the pitchers.

“They have good arms on the mound,” Burnett said. “They are going to need to help us next year with the amount of senior pitchers we are graduating.”

Chase Nielsen has been the standout pitcher for the Reps, Broadhead said. Nielsen is 2-1 in 11 starts. He’s struck out 56 batters in 46.2 innings pitched.

“We’ve had contributions from a lot of guys,” Broadhead said. “Sometimes our pitching carries us, sometimes it’s our hitting. It’s been cool to see the young guys step up and contribute in different ways.”

Nielsen has been hitting well at .456, while Caden Sell is at .375. Others who have been steady at the plate are Eamon Burke, Tyler Tenney and Hunter Lindgren, Broadhead said. Trysten Mooney has been a cornerstone behind the plate.

“We are the JV team, but we want to have a good showing and do well in state,” Broadhead said. “But at our level it’s about development. We’ll have a handful of guys who will contribute for the Senators, and we’ll have a handful back to work with some of the guys coming up from the Independents.”

Beyond the Reps, the Independents are coming along, too. That’s the Class B team in the program. Helena has used it as a sort-of freshman team that includes some seventh and eighth graders.

As a Class B team, they faced the top competition from smaller communities around the state. So 13-15-year-old players commonly encountered foes who were 18 or 19 years old.

They have a 19-24 record with a few games left on the schedule. Burnett feels fielding that level helps in program development and creates depth for the Reps and Senators.

“It gives us an opportunity to get them in the program longer and learn the ropes quicker,” Burnett said. “They get good quality reps and practice. We went pretty young with our Independents team, and we knew it was going to be a struggled. But we looked at our program and they are playing some really good ball at the lower levels.”